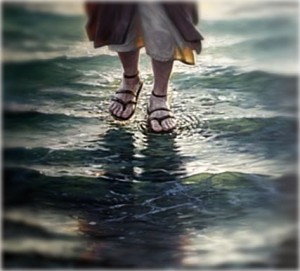 This is a pre-dated entry which I had written before but unfortunately I had not completed it. I had decided to leave it “half-finished” and not perform any restoration to maintain the tonality and originality of the content – this was definitely written around the time i was struggling with my job in which I would spend my lunch time in church just praying day after day.

And not only that, but we also boast in our sufferings, knowing that suffering produces endurance, and endurance produces character, and character produces hope, and hope does not disappoint us, because God’s love has been poured into our hearts through the Holy Spirit that has been given to us – Romans 5:3-5

“Do you have faith?”

“Yes, of course I do, I go to church, I try to pray everyday, I try to make an effort for God”

“Well I believe in Jesus, in God…”

We often misconstrue faith for outwardly holiness – the person who prays hard diligently and never fails to miss his prayer. We look at such people and conclude -“ah here is one who is filled with faith and trust in God”. And while diligent piety is definitely something good and is certainly grace filled, I feel it limits us and our relationship with God. As I share all these thoughts, I speak from experience, from has happened and is happening in my life right now. I often thought that faith comes from keeping consistent with all the pious practices. Its like how you rub two sticks together and hoping it ignites a spark. Keep praying, keep at the rosary, eventually the fire will come. And while this is certainly true in some cases, in my case, this has not been so…at least until the last couple of months. My faith has been put on the anvil, on the dock, in jail and suspended in mid air.

And in the midst of all my trials, I desperately sought solace. I could not really find solace at the workplace, every other conversation I would have would be about how terrible such and such was or how what we are doing is all a joke. While there was validity in some of the claims made, it brought down my soul daily. Almost everyday, I felt as though my soul was being ebbed away. I had lost my positive self esteem in the process, my confidence was eroding by the day and I wasn’t sure what was going on.

I did think about how I would be so excited to take on this new opportunity – being back in the city and being able to attend mass on Fridays. Yes Mass – with my God! Oh how I was so deprived of that for so long when I was in the-quite-literally “wilderness” . Yes, God was also one of the factors i took into consideration as I was evaluating the opportunity. How strange and absurd it was that I would instead be led from one wilderness into another barren desert. I was supposed to be closer to God, live a happier and serene life, focus on my budding relationship.

But instead it turned out to be something else. I was left scorching in the heat and barren land. I didn’t know what was wrong. I struggled to also comprehend what was going on! I was supposed to be competent and capable for the job. Why was it I was feeling otherwise? And seeing my beloved doing well in her new found career made me wonder what happened to me. I had so much of hope, so much of dreams and it just came crashing. Yes, dramatic as it might sound, but for the last 10 years, I never did struggle as bad as this for a prolonged period of time – Usually the first few months was always hard, but not 8-9 months and you are still feeling it. It wasn’t that I was struggling with the work – but more on the culture and the people practices. It just seemed alien to me.

I felt sad. Had I made a mistake? How costly would this cost me? And more importantly, where was God in all this? As a form of distraction, I decided perhaps maybe moving down to Singapore wouldnt be so bad. Afterall the wife is there, why not. And so I plotted my escape route – hoping to make a dash for the steel doors that were closing…only to realize that maybe I was acting too rashly.

‘Give it time’ I told myself. I was reminded of my time in my previous firm. I had desperately wanted to call it quits and yet I persevered and had one of the best times in my career. I was hopeful it would change. But something was amiss. I had gone through enough “breaking” periods with clients in the past to gain some degree of balance. And yet I couldnt over here. Upon confirmation with colleagues, I was informed that this place is somewhat abnormal. I dismissed it immediately as negative hubub and I continued to press on.

It was only then, I turned to God. Not that I didnt before, but for the first time, I sought my faith with Faith. I was tired of life. I was spent for, broken and punctured. I lived most days like a Walker (zombies from the walking dead) just pulling through the day, longing for the weekend an dbeing sad. Days would start in darkness before the break of dawn and would end in darkness after the sun had set.