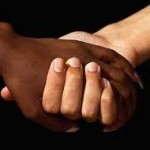 For weeks my young adults group at church were planning to to organize a talk on religious differences between Is lam and christianity, specifically educating and creating an awareness among our members on the differences between our religion and theirs.  As I did not know much about the former religion, I decided to purchase a book on it, which would be fair and honest in its assessment and claims. I was recommended this book by my friend and I managed to read the entire book just in time for the discussion yesterday.

While there is much descrepencies in their religion, my thoughts for this entry is not to debate or debunk them. Everyone is and should be granted the freedom to religiously believe in their own creed. However I do think the problem arises when people confuse respect in belief.

Respect for one;s own religion does not automatically equate to belief. Doesn’t mean that if I respect your religion, then I accept and believe whatever it is your religion preaches. And I think this is where the fundamental differences lies and much confusion and debate among believers themselves.

Respect and belief are verily two different things and they are certainly mutually exclusive. Hence the problem arises when people equate it to be the same ; when one religion superimposes its religious beliefs against another religion. That’s when the issues start to creep in and the tensions arise.

But that’s not what racial tolerance is all about. And this is where another confusion lays in society. When people talk about religion, they then begin to say things like “all religions are the same” and “all religions lead to the same path” and so own. While as nice as it sounds, making those statements are already crossing the “belief” line from the respect line. Suddenly you are equating my religion to yours, from a belief perspective and this is where it becomes a problem and gives rise to tension and hostility? Why? Because people are tempted to defend their faith, to make certain “corrections”.

I think the best way to actually overcome this respect and belief paradox is to really know your own religion first. Without having a proper grasp of the authentic fundamentals that are taught in one’s own religion, it gives room to debate and speculation and sadly, judgement and biasness. Knowing your own religion and living it faithfully without trying to impose it on others is a key to building a tolerant society.

Also, learning about other religions, not so much from a practice-belief scrutinizing perspective, but from a perspective of using the knowledge gained to further understand our neighbours will greatly help. Why? Because it gives us a sense of understanding as to why our neighbours do what they do. Man has always been afraid of the unknown and thus imposed upon themselves religious superstitious and folk tale to soothe their conscience, but now with books and the internet, it need not be the case anymore.

Yes sure, these things do take effort at the end of the day. After all why bother learning another religion’s practices and beliefs? But I think by doing so, it allows us to really learn how to differentiate between respect and belief and that’s crucial for any multicultural society to thrive.