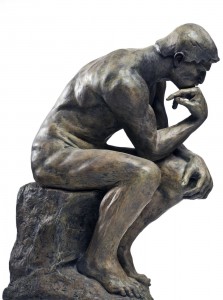 Note : This is pre dated-published entry (meaning I wrote this some time ago but didn’t have the chance to publish it on the day of completion)

Yes I have settled into my new job. Hence that’s the reason things have been quiet over here in recent times. I last left my entry with the thought that I am will be entering into a brave new world. And indeed what a world it has been. My first few days at the bank was…I guess I would say decent. It wasn’t the best experience but it wasn’t all that bad either. I finally got settled into my very own workstation towards the end of day 1. It was an awesome and memorable feeling simply because for all these years I had never had a permanent desk – my own personal abode. For all the years I have been in consulting, I always had to be on the move. The only thing permanent was my laptop which became my faithful accomplice in all my professional endevours. And so the feeling of knowing that I am finally going to be settling in my own space was…nice!

My 2nd day was equally memorable as I tagged along with my boss to attend some RFI (Request for Info) presentations by some business consultants. I gotta say it was a funny feeling to be on the other side of the board room table. My boss even asked me how it felt (to be on the other side) after all the presentations were over. “Different…” was all I could reply with a sheepish smile because indeed it was different.

The days then just moved along slowly. I was given a “meet-and-greet”tour of some of the key senior people in my sector and I had to admit it was quite overwhelming.  Over a span of two days I must have met over 30 people and trying to remember all their names and function was quite a challenge by itself.  But I suppose this is the typical orientation feeling one must go through.

Orientation and inductions are always mind numbing for me. For years, I have grown to reinvent and adapt myself from client to client – absorbing new practices, getting acclimatised with the workplace envrionment as well as building working relationships with key individuals – and over the years, while I would want to confidently say I have mastered the art of adaptability, its still a tough feeling to get aquainted. Its often the first few weeks that are often painful as you try to absorb as much as you can while staying productive and churning out outputs to meet your assigned requirements and responsibilities.

The good news is eventually you do settle down. Eventually you do reach an equilibrium. And eventually…you do start performing. From my own past experiences it has often taken me about 2 months to start coming out from the shroud of uncertainties. By the time 2 months has elapsed, I usually am able to find my bearings and start producing comfortably. And that’s actually a great feeling once you have passed that turnstile threshold milestone. You just feel it – the understanding of what is required, the expectations of what needs to be done, the grasping of the knowledge and finally…and eventually, the confidence and self-assurance to perform.

Having said that, I do admit at times it does get tiring. Like how many times do you have to break yourself and reinvent and break yourself and readapt to a new situation, repeatedly. Sure, it does build resilience and adaptability, but after a while it does get weary, dreading and tiring. Recalling back the last two week, I can say this is how I felt. The feeling of having to learn something new over and again did put some weight on me. Not to say I couldn’t do it, but it was just mentally tiring. Are these just glimpses of signs that I am not getting younger anymore?

But thankfully the pain is just once, at least for this job of mine. And given the dreadiness and the bits of frustrations I have had, I gotta also say that I have managed to pick up the pieces, maybe not as fast as I would like, but its there and it is coming by the day. I guess I have to just be patient and serve my 2-month acclimation period before I can truly start to shine.