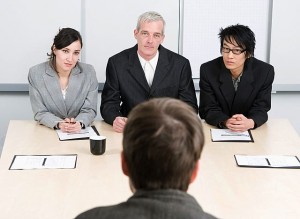 June 8th. I had just finished my last MBA exam. I was the only student taking the exam at the university campus. Hands aching from writing my paper, I decided to celebrate the completion of my exams by indulging myself in a lego set before heading for daily mass at SFX. Glad the exam was over I spent the next few days chilling and gearing up for Ms Somewhat’s visit that weekend. We were going to go and get our rings engraved and look at watches. Her parents had decided to get me a watch as a wedding gift which was super awesome as I had always wanted to get a decent classy watch for myself. Ms somewhat only arrived on Sunday and we had a wonderful time together starting off by visiting a tailor who would be making my wedding suit. Following that we also looked at watches and visited Tiffany and Co to get our rings engraved.

It was about this time I got a connection request on my social media account from a senior partner in Singapore. While I saw it I decided to not let it affect my day. While I was eager to immediately accept the request I decided to wait and instead spend time with my fiance for the few days she was with me. I finally responded and thanked the partner for the connection to which I got a response asking me whether I would be keen for a job. You see 7 months ago back in December I had been struggling at work. It was a very difficult moment for me and Ms somewhat and I decided it would be best I move down to the little red dot. I too felt that would be the best thing to do. It would be an opportunity to also start anew, experience something new. It was about this time I looked to return back to my former company. After discussing with an ex-colleague and seeking his help to connect me to the partner I was left dissapointed as I was told that while the partner was keen to have me back, without a PR it would be difficult. I remember feeling dejected. I wasn’t so dissapointed with the job per se but more because I felt stuck. I felt helpless. Finally I decided to let it go over Christmas and just trust in the Lord. Ms Somewhat was instrumental in helping me have hope.

I had lost hope as well in all this ordeal because some years back I had wanted to make a similar move down to the little red dot to be with my ex. I still felt convicted that I should be in sg with her with some little hope to reconcile but to my dismay nothing worked out. I was left hoping that any project would take me in but after waiting for 2 months nothing worked out. And I had faced a lot of resistence from my office regarding my transfer. Perhaps they thought this is just a whimpered request. Eventually it didn’t work out and I stayed back. But that whole experience left me scarred. And now once again I felt those same feelings coming to haunt me with the recent objection that the Singapore office wouldn’t be able to take me in.
And so 7 months later, having forgotten about the company to get this on one fine day was just a surprise to say the least. I eagerly responded back to the partner expressing my interest in looking for a job and would be keen to rejoin. That would set into motion my entire 30 days.
By June 15th the partner had asked me to send over my CV which I dutifully did after working really hard to have it refined. Along the way I had noticed that another consulting firm Green dot had also an opening for the same management consulting role I was looking for. Armed with my newly polished and crafted CV I decided to just give it a shot and submit my application. However the application was a rather tedious process and I told myself I would get back to it later on. I was more interested to move on with my former company. The meeting was set. Upon sending my CV I offered to enquire if the partner would be interested in meeting me in person. The partner was gracious in her reply and mentioned that it would be good to meet in person and I would be meeting another senior manager who was part of her team. CV checked. Interview checked. I was gonna make it.
My interview was the subsequent week. I made my way down on June 21st and met the partner. But in the midst of all this green dot, the consulting company which I half way completed my application contacted me and pretty soon I found myself going not for one but two interviews.
Interviews can be a nerve wrecking time for most people, including me. Making sure you say the right thing to being focused on ensuring you accentuate the right skills and experience can be a stressful time. Not to mentioned learning to anticipate the questions they may ask you and being prepared for your answers in a calm composed way. And to top it off having two back to back interviews really forces you to push yourself and just give it your best. So here I was now having to prepare for two interviews in Singapore. Would I make it? What would happen?
WhatsAppFacebookTwitterEmailLinkedIn